I used to blog on another platform. Check out what I shared in earlier years here.

At the beginning of this term we were so excited because we will be making potato people and putting it into a movie. Our teacher gave us these potatoes that she found in her pantry and they were old hideous potatoes in a box. Then she gave us better and cleaner potatoes to make a potato person. We used toothpicks, googly eyes, string, ribbon and many more.

After we made our potato people we went and practiced making movies.We were taking photos of  our potato people and just performing a little play.We have four jobs in our movie making which are director, camera person, scene manger and the last is editor.

Then we started to make a back round scenery:the evil layer, the rocket, inside the castle and the last was the party scene. The title of our movie is The Stolen Princess. It is about a princess who got abducted on her birthday by the evil aliens and took her to the moon. The potato people journeyed to the moon in a rocket ship to rescue the princess. The aliens and the potato people engaged in a very intense battle. Eventually, the aliens lost and the princess was rescued and got her crown back. They came back down to earth and she had a great birthday. The princess thanked her knights in shining armor for saving her life.

We had great fun making a movie of our potato people and we hope you will enjoy it too! 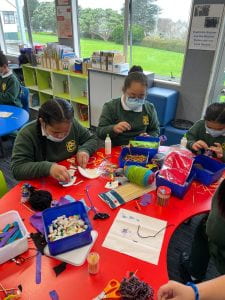 6 thoughts on “The stolen princess”

About Me | Ko Wai Ahau

Add the link to the About Me blog post here.

Keep connected with this blog